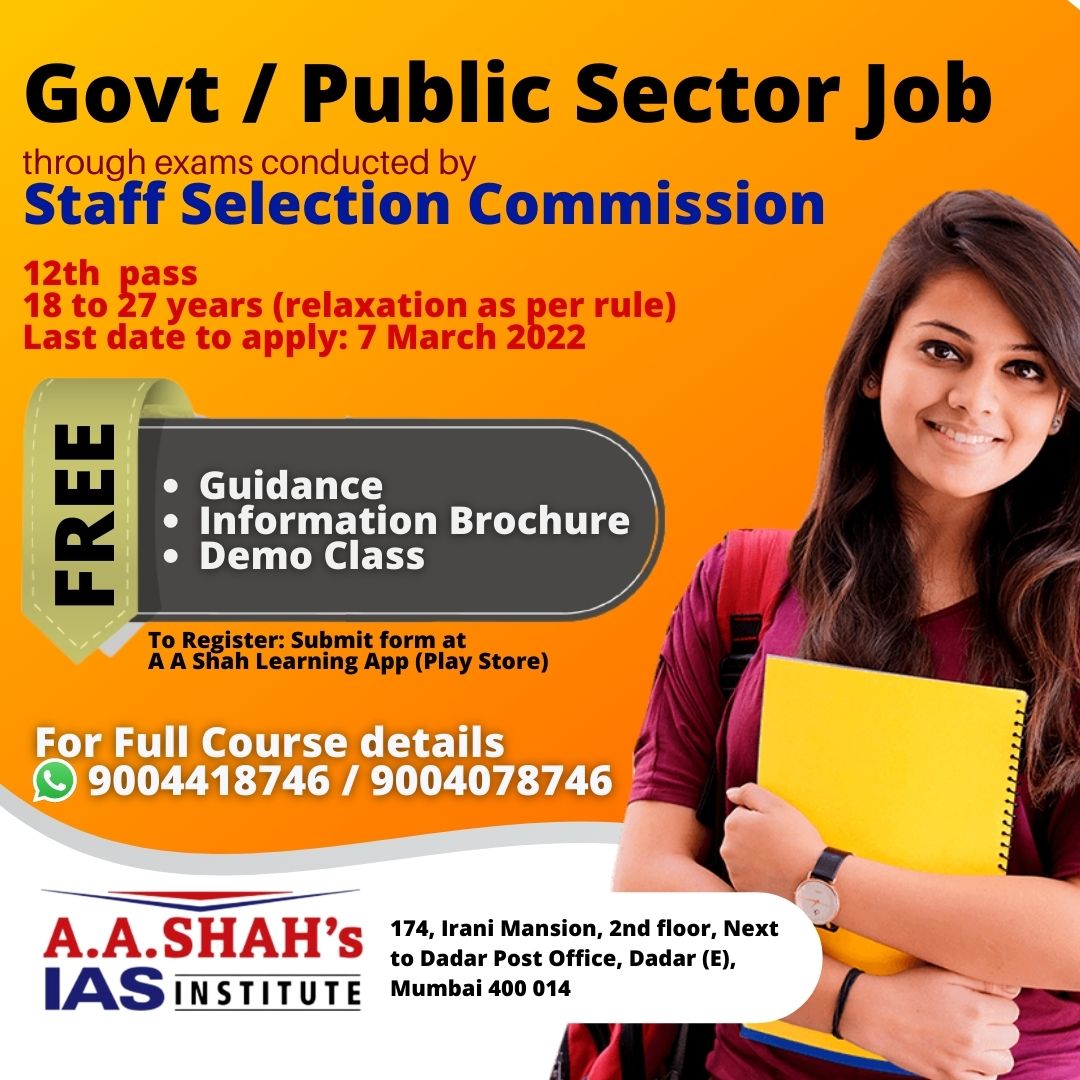 10 reasons why to prepare for SSC CHSL

10 reasons why to prepare for SSC CHSL:

What is SSC CHSL?

What is the Examination Pattern?

What is the syllabus for the Examination?

When will the Examination be held?

What is the last date of application?

What are the benefits of SSC CHSL?

Is there any guidance available?

What are the course details?

How to enroll in the course?

What is SSC CHSL?

The Staff Selection Commission (SSC) will hold a competitive examination by name Combined Higher Secondary (10+2) Level Exam  [for the sake of brevity referred to as SSC CHSL] for recruitment to the posts of Lower Divisional Clerk/Junior Secretariat Assistant, Postal Assistant/Sorting Assistant and Data Entry Operators for various Ministries/ Departments/ Offices of the Government of India.

A candidate must be a citizen of India.

NOTE : “GOVERNMENT STRIVES TO HAVE A WORKFORCE WHICH REFLECTS GENDER BALANCE AND WOMEN CANDIDATES ARE ENCOURAGED TO APPLY”

What is the Examination Pattern?

The examination will consist of:

Tier- I A Computer based Objective type Written Examination

Note:
Written examination consists of Objective Type- Multiple choice questions only.
The questions will be set both in English & Hindi for Part-II, III & IV.
There will be negative marking of 0.50 marks for each wrong answer.

Tier-II Paper of CHSL 2022 will be a descriptive Paper of 100 Marks in ‘Pen and Paper’ Mode. The duration of the paper would be for one hour. This paper has been introduced to assess the writing skills of the candidates which is necessary in Government jobs.
The Paper will comprise of writing Essay/ Letter/
Application/ Precis etc.
The minimum qualifying marks in Tier-II would be 33 per cent.
The paper will have to be written either in Hindi or in English. Part paper written in Hindi and Part in English will be awarded zero marks.

Tier-III Examination Tier-III of the Examination would continue to be the Skill Test / Typing Test which would be of a qualifying nature.
The final merit of the successful candidates would be determined on the basis of total score obtained by them in Tier-I and Tier-II

‘Data Entry Speed of 8,000 (Eight Thousand) Key Depressions per hour on Computer’ will be adjudged on the basis of the correct entry of words/ key depressions as per the given passage. The duration of the Test will be 15 (Fifteen) minutes and printed matter in English containing about 2000-2200 key-depressions would be given to each candidate who would enter the same in the Computer. The passage to be entered in the Computer may also be displayed on the computer screen.

For the post of Data Entry Operator Grade ‘A’ in the Office of the Comptroller and Auditor General of India (C&AG): The ‘speed of 15000 (Fifteen Thousand) Key Depressions per hour on Computer’ will be adjudged on the basis of the correct entry of words/ key depressions as per the given passage. The duration of the Test will be 15 (Fifteen) minutes and printed matter in English containing about 3700-4000 key depressions would be given to each candidate who would enter the same in the Computer. The passage to be entered in the Computer may also be displayed on the computer screen.

The choice of Typing Test given by the candidate in the online Application Form shall be treated as final and no change in the medium of Typing Test will be entertained later.

The speed will be adjudged on the accuracy of typing on the Computer of a given text passage in 10 minutes.

Candidates eligible for scribe as per Para 8.1 and 8.2 will be given compensatory time of 5 minutes. Therefore, duration of Typing Test for such candidates will be 15 minutes.

Passage Dictators will be provided to those VH candidates for the Typing test who have opted for scribe in the online Application Form. The Passage Dictator will read out the passage to VH candidate within the allotted time period.

What is the syllabus for the Examination?

General Awareness: Questions are designed to test the candidate’s general awareness of the environment around him and its application to society. Questions are also designed to test knowledge of current events and of such matters of everyday observation and experience in their scientific aspect as may be expected of an educated person. The test will also include questions relating to India and its neighboring countries especially pertaining to History, Culture, Geography, Economic Scene, General policy and scientific research.

When will the Examination be held?

What is the last date of application?

Interested eligible candidates may apply for the examination by 07 March 2022.

Interested eligible candidates may apply in online mode. Please note there is no other way to apply for the examination. Submitting application Online is the only way to apply. Candidates should follow detailed instructions as given in www.ssconline.nic.in

What are the benefits of SSC CHSL?

Opportunity to work in Government departments is a dream of most of the working class group. Obviously government job provides Job Security, Handsome Salary, Limited Working Hours, Respect in office and Society etc.
The earliest opportunity to secure government job is after 10+2 (H.S.C.). For HSC passed students between the age group of 18 to 27 years there is an opening. Such students have to qualify “Combined Higher Secondary Level Examination” (CHSL) conducted by Staff Selection Commission (SSC)

Even if you don’t intend to secure the job offered under this SSC CHSL, it is advised to prepare for the exam and appear for the same, as this will make your foundation strong for other competitive exams which you may face in future. Further your confidence level be boosted and you will feel comfortable fore other competitive exams, which presently you feel difficult.

Is there any guidance available?

Total 8 tests are provided free. click the links and attempt the tests.

What are the course details?

How to enroll in the course?

To enroll make payment by G-Pay 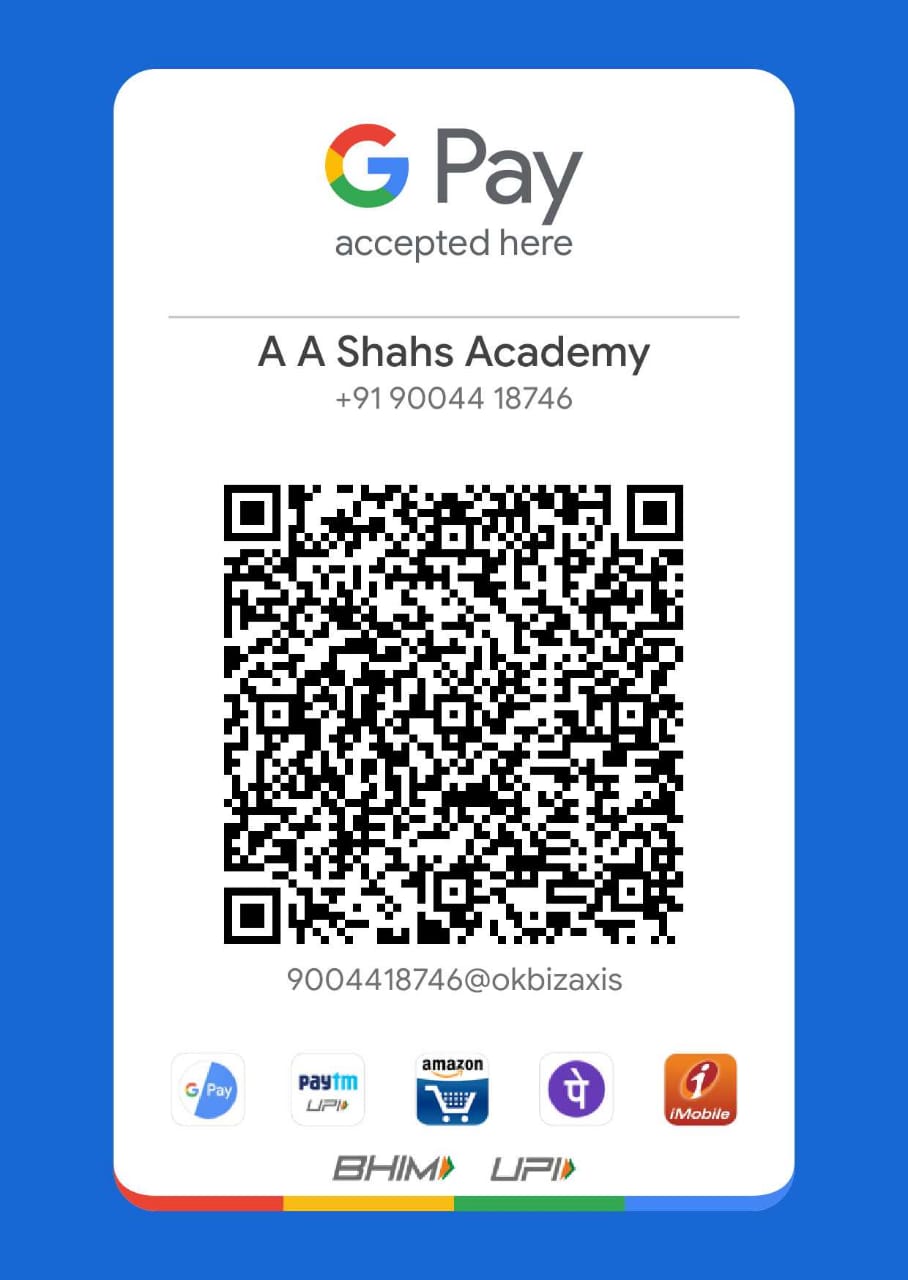 Learning often happens in classrooms
but it doesn’t have to.