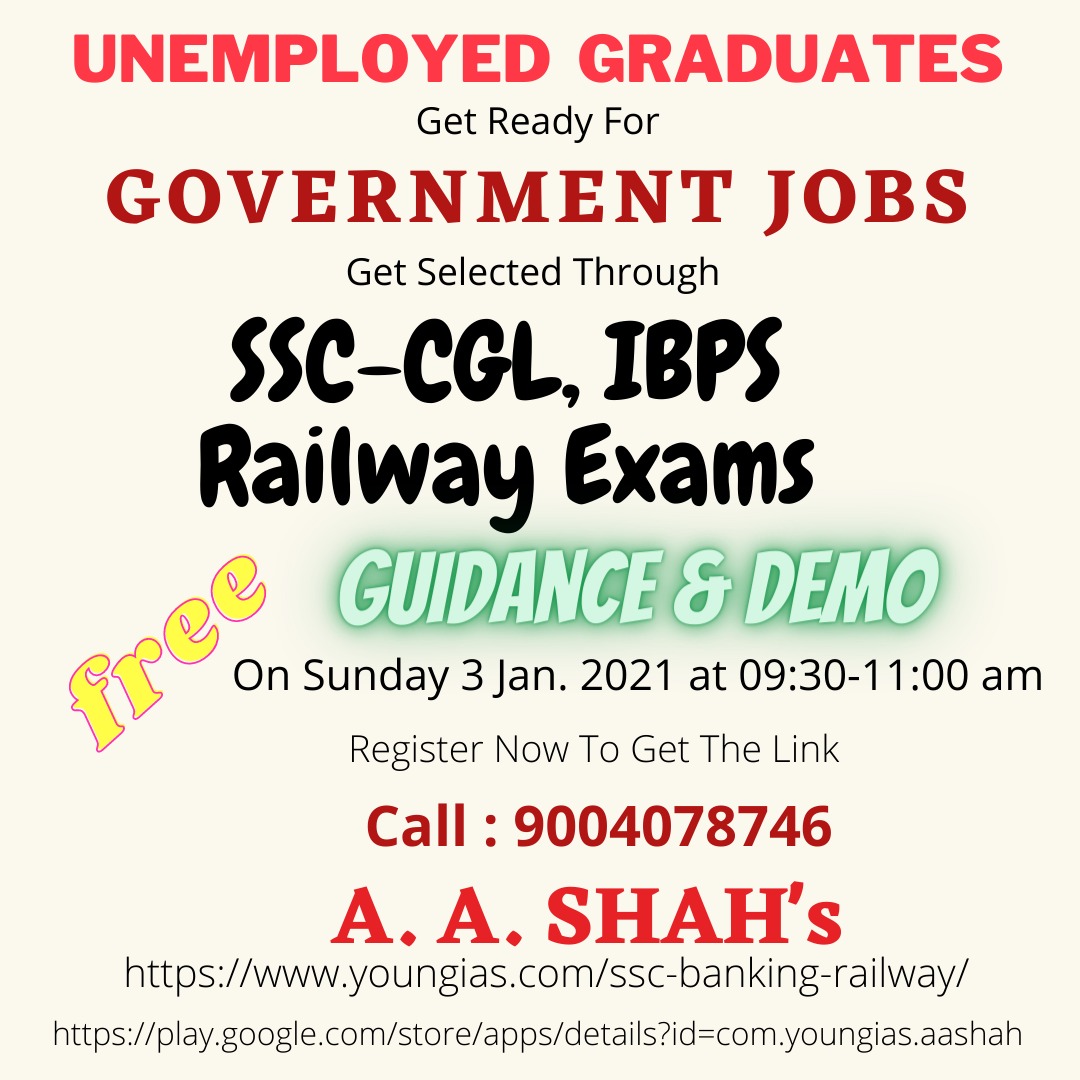 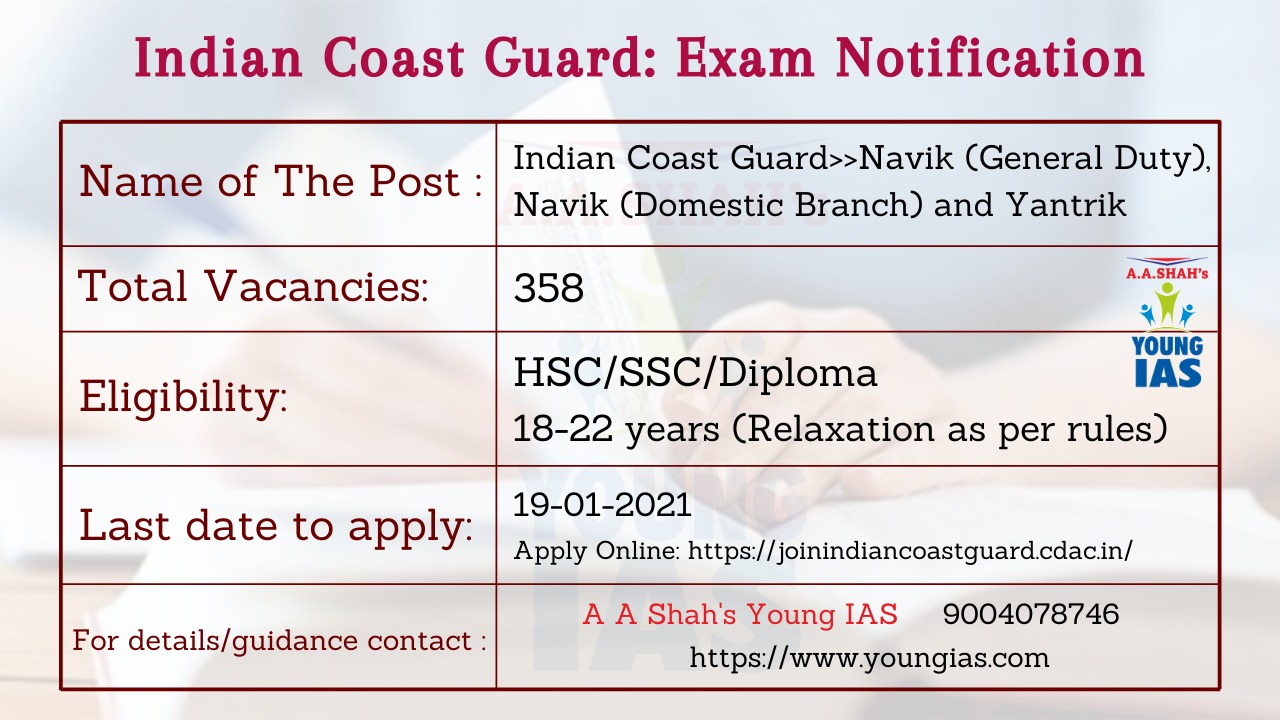 Indian Defence Services offer dignified, prestigious, and lucrative career opportunities. As a part of the Indian defence services. One can serve in the Army, Air Force or Navy, on combat duty, on administrative assignments, in the medical services, engineering services, in the JAG’s Department, or in the Education Corps.

The nature of responsibilities varies with the diverse range of activities in the defence services. The recruitment to the Armed Forces is voluntary and every citizen of India, irrespective of his caste, class, religion and community, is eligible for recruitment into the Armed Forces, provided he meets the laid down physical, medical and educational criteria.

The National Defence Academy (NDA) is the Joint Services academy of the Indian Armed Forces, where cadets of the three services, the Army, the Navy and the Air Force train together before they go on to pre-commissioning training in their respective service academies. The NDA is located at Khadakwasla near Pune, Maharashtra. It is the first tri-service academy in the world.

NDA alumni have led and fought in every major conflict in which the Indian Armed Forces has been called to action since the academy was established. The alumni include 3 Param Vir Chakra recipients and 9 Ashoka Chakra recipients. National Defence Academy has produced 27 service Chiefs Of Staff till date. Current Chiefs Of Staff of the Army, the Navy and the Air Force are all NDA alumni.

The NDA campus is located about 17 km south-west of Pune city, north-west of Khadakwasla Lake. It spans 7,015 acres (28.39 km2) of the 8,022 acres (32.46 km2) donated by the Government of the former Bombay State. The site was chosen for being on a lake shore, the suitability of the neighboring hilly terrain, proximity to the Arabian Sea and other military establishments, an operational air base nearby at Lohegaon as well as the salubrious climate. The existence of an old combined-forces training centre and a disused mock landing ship, HMS Angostura, on the north bank of the Khadakwasla lake which had been used to train troops for amphibious landings, lent additional leverage for the selection of the site. NDA is also located in the hunting grounds of the legendary Shivaji, with the Sinhagad Fort as a panoramic backdrop.

NDA is a career which offers a very bright future to students who have graduated from higher secondary comparing with C.A., Engineering or Medical fields. NDA stands for NATIONAL DEFENCE ACADEMY and its motto is ‘Seva Parmo Dharma’ which translated in English means ‘Service Before Self’ . Jawaharlal Nehru, The prime minister of India laid the foundation stone for the academy on 6/10/ 1949. NDA then was commissioned on 7/12/1954 and Inaugration ceremony was held on 16/01/1955.
If you are very passonate, an aspirant to join the defence academy and want to contribute to the society then NDA is right choice for you. NDA is an academy of INDIAN ARMED FORCES. NDA is the training center for cadets of INDIAN ARMY, INDIAN NAVEL FORCE and INDIAN AIR FORCE before they join their respective service academics The NDA is located at Khadakwasala in Maharashtra.

Overview Of Training Programme At NDA:

The cadets are well trained before they are ready to join the respective armed forces. The Training period is of three years. First of all when they are admitted to NDA the cadets are classified according to Squadrons and Battalions. There are 18 Squadrons and 5 Battalions. Each cadet has to join one of the following squadrons as : Alpha, Bravo, Charlie, Delta, Echo, Foxtrot, Golf, Hunter, India, Juliet, Kilo, Lima, Mike, November, Oscar, Panther, Quebec and Romeo.

Totally there are five Battalions and out of it the first four battalions include 4 Squadrons each and the last Battalion include 2 squadron.Each squadrons comprises of approximately 120 cadets combining all the seniors and juniors.

The NDA course is of three years and is split into six semesters. During this three years the cadets are given a very intensive training to make them strong physically, mentally and in education by doing activities such as drill, horse riding, swimming etc. This course in education covers all the subjects like science, Technology, Arts and Military Subjects. At the end of the course the special moment arrives when the candidate is awarded a bachelors degree from Jawaharlal Nehru university.

The Combined Defense Services (CDS) provides excellent career opportunities for young and courageous individuals who nurture a strong feeling of patriotism. Union Public Service Commission (UPSC) conducts CDS examination, twice every year for the selection in Indian Armed Forces, Army, Navy and Air Force.
The selection process consists of a written examination and personality test by the Service Selection Board. After the final selection, the candidates are sent to, depending upon their choice indicated in the application forms and merit list ranking, one of the following institutes for orientation training:

Those joining the first three institutes get permanent commission, however cadets passing out of OTA get short service commission.

Only unmarried men and women can apply for the combined defense services.

For more details about the terms and conditions of the Combined Defense Services Terms, check the information under each training academies as given below;

Before joining the Academy, a candidate has to agree in writing that:

The candidate is not entitled to any compensation for injuries suffered in the training process or for any complications (such as deformity) or even death caused during the treatment for any injuries.

If the candidate is dismissed, discharged or withdrawn from the commission because of his actions he will be liable to refund the whole or such portion of the cost of tuition, food, clothing and pay & allowances, received.

The Government pays for the cost of training including accommodations, books, uniforms, boarding and medical treatment.

Candidates are expected to meet their pocket expenses themselves.

Financial assistance may be granted by the Government for students from lower income families.

To receive the financial assistance, income of candidate’s parent/guardian should not exceed Rs. 1500/- per month (Rs. 2000/- per month if more than one son/ward simultaneously undergoing training at NDA, IMA, OTA and corresponding training establishment in the Navy and Air Force)

Application for financial assistance should be submitted (after the final selection) through the District Magistrate of his District who will forward the Application with his recommendation to the Commandant, Officer’s Training Academy, Chennai.

Monetary Deposit: Candidates finally selected for training at the Academy will be required to deposit the following amount on arrival:
Pocket allowance for five months at Rs. 200.00 p.m Rs. 1000.00
For items of clothing and equipment Rs. 2750.00
Total Rs. 3750.00

For candidates receiving financial aid, the deposit for pocket allowance is refunded.

The unexpended portion of the outfit allowance will be handed over to the cadet on his being granted a commission or refunded to the State, if he is not granted a commission.
Once a commission is granted, articles of clothing and necessaries purchased from this allowance become the personal property of the cadet. Cadets who resign while under training or who are removed or withdrawn prior to commissioning will have to return the items.

Candidates finally selected undergo a course of training for about 18 months.

Gentlemen cadets are dealt with the ordinary disciplinary purposes under the rules and regulations of the Indian Military Academy, Dehradun.

No candidate are normally permitted to resign while they are under training. However, Gentlemen Cadet resigning after the commencement of training may be allowed to proceed home if their resignation is accepted by Army HQ.

A Gentlemen/lady Cadet who is not considered suitable to complete the full course of training may be discharged with permission of the Government.

Posting: Army officers are liable to serve anywhere in India and abroad.

Monetary Deposit: Candidates finally selected for training at the Academy will be required to deposit the following amount on arrival:

Out of the amount mentioned above, Pocket Allowances is refundable to the candidate if financial aid is being sanctioned.

Air Force Group Insurance Society pays Rs. 1,00,000/- for a monthly contribution of Rs. 800/- pm. as ex-gratia award to the next-of-kin of a flight cadet drawn from Civil life and undergoing flying training in an unfortunate eventuality.

In case, flight cadet undergoing flying training is medically invalidated and boarded out, he is paid Rs. 20,000/- as ex gratia award for 100% disability and this reduces proportionately upto 20%.

This cover is provided by AFGIS on payment of monthly non-refundable contribution of Rs. 76/- by each flight cadet undergoing flying training for which membership is compulsory.

After successful completion of training, the candidates pass out in the rank of Flying Officer and become entitled to the pay and allowance of the rank.

There are two types of promotions in the IAF: Grant of higher Acting rank and Substantive rank. Each high rank carries with it extra emolument.

Time scale promotion to the rank of Squadron Leader and Wing Commander is granted after successful completion of ten years of Flying (Pilot) branch and 20 years service respectively.

Grant of higher rank from Wing Commander and above is by selection, carried out by duly constituted promotion boards.

Officers are authorised encashment of Annual Leave upto 10 days alongwith LTC to the extent of a total 60 days in a career span to cover incidental expenses on travel.

AFCAT stands for Air Force Common Admission Test and is also referred to as the Indian Air Force Exam. AFCAT is a national level competitive exam conducted by the Indian Air Force (IAF) to select officers for all its branches, except for the medical and dental branches. It is a for the recruitment of Commissioned Officer vacancies for Grant of Short Service Commission (SSC) in Flying & Permanent Commission (PC)/Short Service Commission (SSC) in Ground Duty (Technical) and Ground Duty (Non-technical) Branches.

It is considered a moderate level paper.  Analysing the question paper and then preparing according to the syllabus will sail you through the exam. Verbal and non-verbal reasoning, logical reasoning, arithmetic, static general knowledge and English Grammar are the arenas to be considered while in the entrance exam stage.

No amount of preparation is enough for getting a cent percent score in GS part. Tip- cover last six months of current affairs from some GK capsule

This is the most easiest part and you can have 100% accuracy in this part. Just go through quantitative aptitude  books