Judo, Japanese jūdō, system of unarmed combat, now primarily a sport. The rules of the sport of judo are complex. The objective is to cleanly throw, to pin, or to master the opponent, the latter being done by applying pressure to arm joints or to the neck to cause the opponent to yield.

Techniques are generally intended to turn an opponent’s force to one’s own advantage rather than to oppose it directly. A ritual of courtesy in practice is intended to promote an attitude of calm readiness and confidence. The usual costume, known as jūdōgi, is a loose jacket and trousers of strong white cloth. White belts are worn by novices and black by masters, with intermediate grades denoted by other colours. Jūdōka (students of judo) perform the sport with bare feet.

Kanō Jigorō (1860–1938) collected the knowledge of the old jujitsu schools of the Japanese samurai and in 1882 founded his Kōdōkan School of judo (from the Chinese jou-tao, or roudao, meaning “gentle way”), the beginning of the sport in its modern form. Kanō eliminated the most dangerous techniques and stressed the practice of randori (free practice), although he also preserved the classical techniques of jujitsu (jūjutsu) in the kata (forms) of judo. By the 1960s judo associations had been established in most countries and affiliated to the International Judo Federation, which is headquartered in Budapest, Hungary. 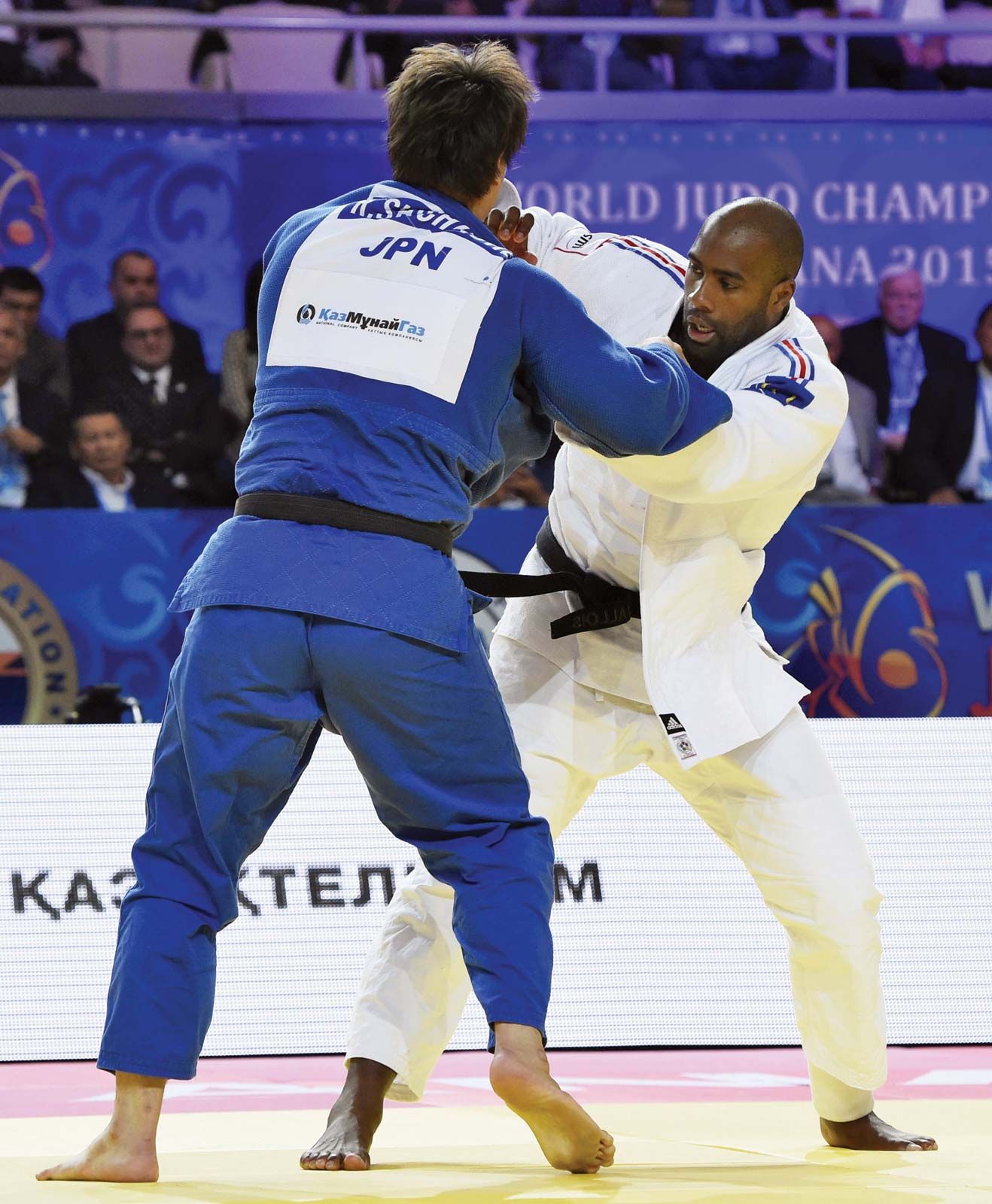 Self-defense is a countermeasure that involves defending the health and well-being of oneself from harm. The use of the right of self-defense as a legal justification for the use of force in times of danger is available in many jurisdictions.

The best self-defense strategies and techniques work equally well for men and women, but let’s face it: Women really need them because they’re assaulted more often than men. Statistics indicate that one in three women will be the victim of some type of violent attack in her lifetime. Women also endure more incidents of verbal and sexual harassment. Although most women’s self-defense courses focus on skills for quickly and efficiently destroying an attacker, self-defense training also should include methods for preventing a confrontation from turning physical in the first place.

This new initiative has been started by our institute on recommendation of female faculty and students. 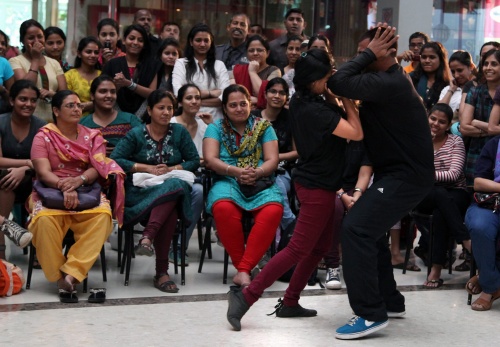 When girls her age were busy watching cartoons and playing house, five year old Hetal Dave was busy watching Jackie Chan movies. Hetal says, “Since childhood, I wanted to do something different”. Seeing his little girl’s unrelenting desire to do something like she saw her idol Chan do, Hetal’s father took her for a class to learn Karate. It so happened that day, the centre had a Judo class, “I call it destiny,” she says.

Today, Hetal is India’s first woman sumo wrestler. She played her first tournament at the age of seven. “I’ve faced too many defeats. If it were to be someone else, they would’ve given up the idea of even playing. But my hard work paid off and my career took a turn, and I continued.” Hetal has represented India in global sumo competitions and was placed fifth in the women’s middleweight category at the 2009 World Games in Taiwan. 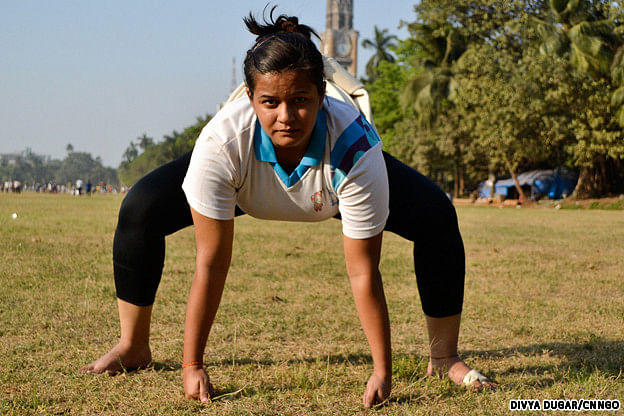 Her parents and brother, Akshay have been with her every step of the way. Did she have the pressure to study? She breaks into a laugh and says, “While other kids were studying to get better marks, I was only focusing on passing. My parents knew where my interest lied and encouraged me to pursue it”. Hetal says that since the beginning, her focus was only sports and it has always been that way.

With the focus being on sports, Hetal was different in more ways than one. While girls and boys her age were busy preening themselves and discussing their crushes, Hetal was slogging it out with rigorous practice sessions. Does she feel like she missed out on all that teenage excitement and rush? “Not at all. I had a goal. I still have a goal. I didn’t want to look left and right. I was looking straight at my goal. And that’s the only thing that mattered.”And what is that big goal? “I want to be called an Olympian. And I’m still playing so that’s why goal. After this, I want to be called a good teacher.” Hetal teaches as well. One of her students has just played at the national level. “I want to be called as a national champion’s teacher. I’ll continue to teach and one day, I’ll be called that.”

We come back to her school days. With the sport she chose and not being a dainty girl, was she ever victim to bullies in school? “No one ever dared to,” she tells us as she laughs. Hetal says that ragging was a huge part of the college culture. She recalls, “Someone did come to rag, but went back scurrying for cover.”

“I’m one of the guys when all of my friends meet”. She adds, “In fact, all the boys helped me complete my journals in schools. I have an amazing supportive group with me. I’m one of them, I never feel left out.”

The meddling of the community folks

Hetal comes from a conservative Brahmin community in Rajasthan. “Girls aren’t even allowed to go out of the house and such restrictions are still there in some families,” she tells us. “Studying itself is a huge deal for girls from the community and sports is just unheard of. Over that, a sport that mostly has men and that too half naked is just outrageous to them.” Hetal says that her parents and she don’t pay heed to what the community has to say. “They don’t come fend for us, so why should we care what anyone has to say?” 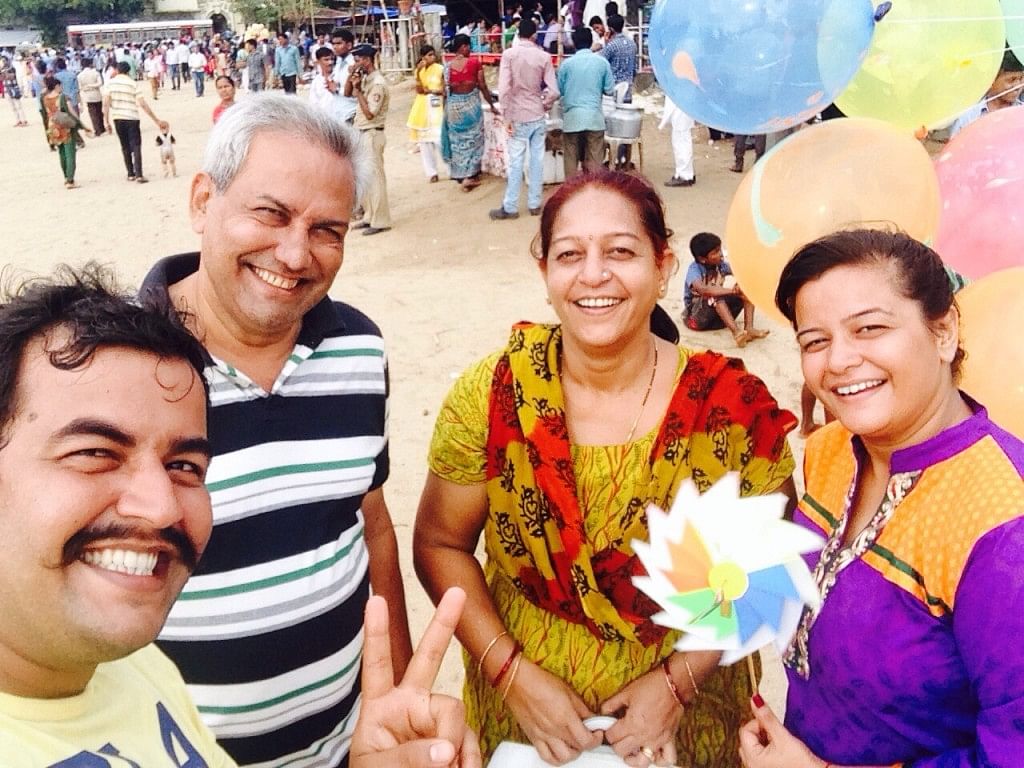 I changed two schools. With an impish grin she tells us, “I failed ninth standard and had to change schools.” The second school she went to understood her career choices and allowed her flexible timings. Teachers supported her completely and the school became an enjoyable experience. College was obviously easier with the whole setup being relatively lax. “My PE (physical education) teacher at college is the most amazing person. He’s supported me as a father. You can say that I have two fathers. ”

Hetal’s family is not well off and she has to struggle. Along with practising, Hetal is also teaching in a government school to manage her finances. When her father used to take her to the Judo classes as a child, they didn’t have the money for travelling both ways. “While coming back, my father would plop my brother on his shoulders, take our bags and we would walk back home. He would engage my brother and me with stories, songs and our surroundings, so that we don’t realise how far home was or that we had to walk it. We were young and how could a father explain that he didn’t have the money to travel back by bus.”

Hetal last played at the Asian Championship in Poland in 2012. She hopes for nothing more than to continue playing. On a parting note, she says, “All I need is a sponsor. I expect nothing else. I just want to continue playing but that is impossible without sponsorships. For a sports person it is heart breaking to practice day in and day out and not be able to represent your country.”

A A Shah Young IAS is going to Organise Career Guidance Event having interesting activities include Judo and Self Defence, find details below.