Faculties from Kota, Now in Mumbai

“A. A. Shah”, pioneer in UPSC – Civil Services Examination coaching, known for a team of best faculties, also provides best coaching in Mumbai for students aspiring for IIT and Medical. Joint Entrance Examination (JEE), NEET / AIIMS coaching is by the best and experienced faculties from Kota that too with affordable fees to accommodate children of middle and working class parents. ‘A. A. Shah’ is among the top 10 coaching institutes for IIT JEE / NEET – AIIMS in Mumbai and is the only institute which provides full syllabus by senior and experienced faculties for each subject without there being any change in faculties till completion of the syllabus. More emphasis is laid on regular and periodical tests and assignments for assessment of performance to ensure the best result. We, at ‘A. A. Shah’ believe and apply Indian traditional values of education for;

There are other reasons as well, for joining ‘A. A. Shah’;

Enrol now and be part of ELITE group.

A A Shah’s Scholarship Test for IIT-Medical

ABOUT A A Shah’s IIT-Medical Scholarship Test

Scholarships based on Scholastic Achievements

On The Basis of Olympiads Performance 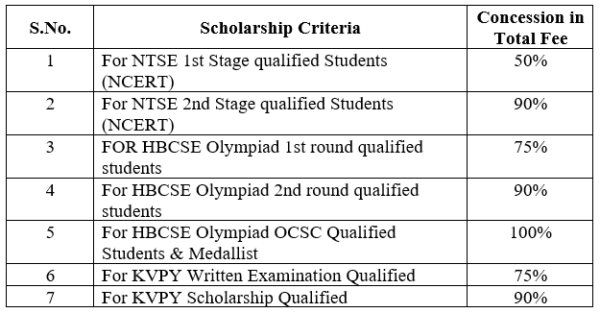 Courses available at A A Shah IIT – Medical

What is Joint Entrance Examination?

What is JEE (Advanced)?

What is Joint Entrance Examination?

Joint Entrance Examination (JEE) is an engineering entrance examination conducted for admission to various engineering colleges in India. It is constituted by two different examinations – JEE (Main) and JEE (Advanced). The exams are of the objective pattern. JEE (Advanced) is regarded internationally as one of the most challenging undergraduate admission tests.

In 2012, the Government-run Central Board of Secondary Education (CBSE) that earlier conducted the AIEEE, announced the JEE that replaced the AIEEE and IIT-JEE. The JEE (Main), which replaces AIEEE, is for admission to the National Institute of Technology (NITs), Indian Institute of Information (IIITs), and some other colleges designated as “Centrally Funded Technical Institutes” (CFTIs). The JEE (Advanced), which replaces IIT-JEE, is for admission to the Indian Institute of Technology (IITs). Only the students selected in JEE (Main) are eligible for appearing in JEE (Advanced).

In September 2013, the IIT Council approved the decision of the Joint Admission Board to continue with the two-phase JEE pattern (“Main” followed by “Advanced”) for IITs in 2014. Joint Seat Allocation Authority (JoSAA) conducted the joint admission process for a total of 23 IITs, ISM, 32 NITs, 18 IIITs and 19 other Government Funded Technical Institutes (GFTIs).

As per the reports from Ministry of Human Resource Development (MHRD) of Government of India, the Government is considering to conduct only one common engineering entrance test based on the lines of NEET for all engineering colleges, including private institutions, across India.

What is the history of JEE pattern?

The JEE pattern has undergone many changes. Since 2010 candidates are given paper copies of their answers, and cut-offs are announced. This transparency was achieved after a tenacious legal tussle waged by IIT Kharagpur professor Rajeev Kumar, who was nominated for the National RTI Award 2010 for his crusade. Since 2013-14, JEE has changed a lot and recently adopted new online admissions and application selection procedures which were not available in recent years.

What is JEE (Main) Counselling?

Earlier, counselling for JEE (Main) was conducted through CSAB but officials have made changes in the counselling procedure. The JAB (Joint Admission Board), representing IITs and CSAB (Central Seat Allocation Board), have made agreements on the behalf of NITs and other CFTIs, and are now united to conduct a counselling (common counselling) for the two exams of JEE. The memo for the same was signed on May 2, 2015. These two together are known as the Joint Seat Allocation Authority (JoSAA).

There were no changes in JEE (Main) 2017 except that Board Marks were not considered for normalisation and A.I.R. is strictly be based on JEE Scores. As per the official changes made in Eligibility Criteria of JEE (Advanced), 12th Marks don’t matter for appearing in the exam.

JEE (Main), unlike JEE (Advanced), has a fixed exam structure and is not subject to change every year. Paper-1 is of three hours duration and consists of thirty multiple-choice (single-correct) questions in each of the three subjects (Physics, Chemistry, and Maths). There is negative marking for incorrect answers. 4 marks are awarded for correct answers and 1 mark is deducted for incorrect answers.

From 2013 to 2016, the marks obtained in the class XII school board examination used to be accorded a 40% weightage in deciding the JEE (Main) all India ranks.

Staple Physics books for JEE Advanced include NCERT Physics for Class 11th and 12th and  H C Verma’s Concepts of Physics Vol I and II. For more problem exercises, you can try I. E. Irodov book. Other books are good for reference only.

Besides NCERT books, for IIT-level Maths, R. S. Agarwal books and S. L. Loney books are quite good. You can use other books only for reference.

What is JEE (Advanced)?

JEE Advanced 2018 was held on 20 May by IIT Kanpur and was completely online. The exam had total of 360 marks with each paper bearing 120 marks.

In 2016, the JEE Advanced exam was held on May 22, 2016. The exam carried a total of 372 marks with each paper carrying 186 marks. The level of difficulty of questions was increased to a larger extent. Moreover, number of integer type questions (having no negative marking) were reduced. The paper was set up in collaboration of different IITs with the principal organiser being the IIT Guwahati. The Physics paper was set by IIT Madras, Mathematics by IIT Guwahati and the Chemistry portion was jointly set by IIT Bombay and IIT Delhi. These features made this paper the toughest ever JEE Paper until date.

The paper had a huge surprise of partial marking in multiple correct choices where if a student marked some but not all correct answers without marking the wrong ones, he/she would be awarded one mark for each correct option.

JEE Advanced 2015 was held on May 24, 2015. The two papers were of 504 marks overall, a sharp increase from the regular trend of about 360 marks. Changes in examination pattern surprised students nationwide. There were no single correct multiple choice questions at all; all of them were multi-correct. The level of negative marking was also increased.

According to the statistics released by IIT Bombay, which conducted the exam, 26,456 out of the 1,17,238 candidates who appeared in the test were shortlisted for admission to IITs. 23,407 male candidates qualified, outnumbering 3,049 female candidates.

Both Paper 1 and Paper 2 will be divided into 3 separate sections Physics, Chemistry and Mathematics. The question paper will contain multiple choice questions including both objectives as well as numerical answer type questions. The examination duration will be 3 hours for each paper. Paper 1 timing will be 9:00 a.m. to 12:00 p.m. and for paper-2, the timing will be 2:00 p.m. to 5:00 p.m. Candidates can avail the JEE advanced question papers in both English and Hindi medium. There will be negative marking in some sections.

The detailed JEE Advanced exam pattern is below:

Age limit: From this year onwards, the Supreme court of India has removed the age limit for JEE advanced admissions. As per the recent order, engineering aspirants of all ages who wish to study in Indian Institute of Technology are eligible to appear for examination now. Previously it had an age bar of 25 years.

Number of Attempts: Anyone can attempt JEE Advanced for IIT admission a maximum of 2 times in successive years.

Performance in JEE Mains: Top 224,000 candidates (including reserved categories) qualifying in JEE Main are eligible for the JEE advanced test. However, the total number of aspirants can be slightly greater than 2, 24,000 in the existence of respective ranks and scores. The category wise seat distribution will be: 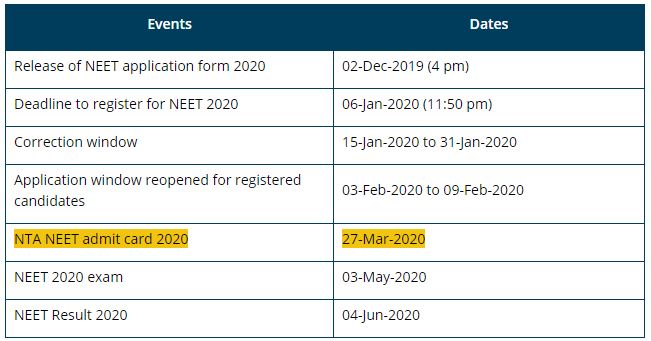 What courses are offered by A. A. Shah for 10th pass students?

The salient features of the course are:- 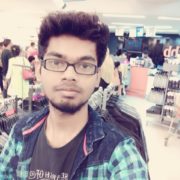 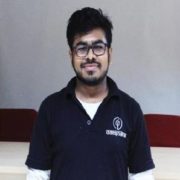 It is with much pleasure and enthusiasm that i am writing this for my teacher (Mr. Soumyadyuti Mondal). Its Debjit currently studying in 2 year… Read more “Debjit Mondal” 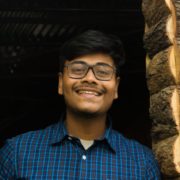 Soumyo sir teaches math in such a way that it takes the tediousness out of the subject, making it more fun and interesting to learn. 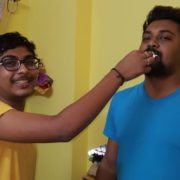 If anyone asked me to describe Soumyadyuti Sir i one word, i would say magnificant his unique way of teaching and friendly attitude will change… Read more “Sayak Bannerjee” 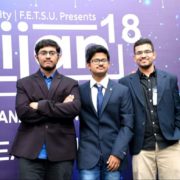 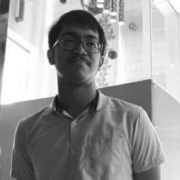 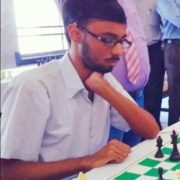 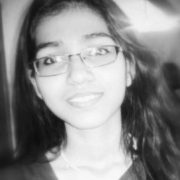 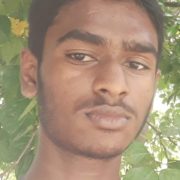 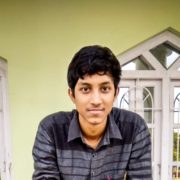